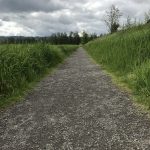 It’s a hopeful time of year, at least on paper.

During the Christmas season, Christians celebrate the hope of the Messiah and the ways he will bring relief, freedom, and peace. The hope of Christmas invites us to participate in the creation of a more peaceful, just world.

As the new year begins, our hope may shift to personal resolutions. This most often takes the form of a post-holiday sweets purge with a diet likely to fail (sorry! but you already knew that, didn’t you?) or other noble but vague resolutions like “be better” (unfortunately pretty worthless as a goal due to lack of specificity).

As 2018 begins, American Christians should resolve to cultivate virtues that will help us better live out our greatest calling: love. This is what many of us claim is the underlying reason for why we do the religious or spiritual things we do, right? To express love for God and for what God loves—neighbor and enemy alike.

Virtues may be my habits but ought to ultimately assist me as a social creature, enabling me to be a good citizen, good friend, good caretaker of the earth, and so on. So which virtues—habits of character—will best facilitate the kind of love to which God calls us? The following ten are a good place to start. Let’s resolve to cultivate these virtues in 2018:

1. The virtue of responsibility. Christians, let’s be less entitled. Let’s not confuse “protecting my rights” with “being cruelly self-centered and scared.” Let’s think less individually and more collectively, recognizing how the ripples of our choices impact (and in some cases hurt) others. Let’s be less deliberately ignorant or evasive. Let’s not avoid topics that make us anxious when the suffering of others is at stake. Let’s be more aware of our responsibility to others backed by the will to act upon that awareness. Less “not my problem” and more “how can I participate in the solving of what is definitely a problem?” Less “that’s just the way it is” and more “I refuse to accept the status quo.” Less “well I didn’t cause their suffering” and more “it’s suffering, period, so how can I help?”

2. The virtue of hospitality. Let’s take Jesus seriously. “Come, you that are blessed by my Father, inherit the kingdom prepared for you from the foundation of the world; for I was hungry and you gave me food, I was thirsty and you gave me something to drink, I was a stranger and you welcomed me, I was naked and you gave me clothing, I was sick and you took care of me, I was in prison and you visited me.” (Matthew 25:34-36). Whatever theological or practical meaning you make of this excerpt from Jesus’s message about sheep and goats, the people “doing it right” are the ones making space for others. Let’s make more space for others in 2018. Let’s make sure people know they are not just “loved by God” in a warm and fuzzy but shallow sense but that their health, safety, and voice are important to God too. Let’s amplify otherwise muted voices. Give people what they say they actually need. Make room for new people, because everyone was new at some point. Let’s go beyond small (and important) gestures of hospitality and advocate for policies and structures which themselves are hospitable—structures that feed, quench, welcome, clothe, and so on.

3. The virtue of courage. Let’s hear bolder sermons from pastors in 2018, pastors willing to err on the side of naming injustice (rather than not) at the risk of criticism, exposing their own gaps in knowledge, or offending the sensibilities of their congregants—all better consequences than the more dire consequences for many of saying nothing at all. Let’s fearlessly listen to new ideas, perspectives, and voices. Let’s not fear change. Let’s not fear “weird.” Let’s bravely question what our pastors and spiritual leaders tell us. Let’s bravely give up some of our power and voice for the sake of others, even though it’s scary. Let’s bravely put ourselves in uncomfortable settings, for the sake of better understanding and knowing others. Let’s bravely say “I’m sorry, I’ll fix it” rather than act as though we’ve done nothing wrong. Christians need courage in 2018, because there are a lot of dangers to face and obstacles to overcome. Though often we are the dangers and the obstacles are in our minds.

4. The virtue of presence. Let’s show up in 2018. Let’s really be with others. Be with the person who is talking with you, your mind not wandering. Be with people who make you uncomfortable, because they need comfort. Let’s not overlook the value of wordless physical presence as a source of healing for others. Let’s eat together in one another’s homes, even though it is a chore to take your kids anywhere, because face-to-face connection is worth it. Let’s make our resistance to unjust, unloving choices made by those with power known through letters written, marches marched, and products not purchased. Let’s not walk away from hard conversations but tough it out, recognizing that voicing our discomfort is important but that we also might learn something. Let’s not so miss the past or so long for the future that we miss the sacredness of right now.

5. The virtue of humility. Christians, let’s resolve to accept our limitations in 2018. Not in a phony way, like we’re parroting a script about being a sinner and no good, but in a way that takes a little more vulnerability. When someone challenges our theology and we legitimately feel like we have no answer, let’s not defensively fight back but pause, take a deep breath, and say “I don’t know.” When someone else is right and we know it, let’s say “you’re right.” When those on the other side of the political aisle have something insightful to say, let’s say “that’s insightful” instead of “whenever you open your mouth you vomit garbage.” Let’s recognize, when someone says “that’s impossible, it will never happen,” that something like this phrase has been said and been proven wrong countless times in our collective and our personal histories and that, despite our confidence about what can and cannot be done, we might just be wrong. Thought there’s an overwhelming amount of darkness in the world to address, let’s have the humility to recognize our limitations, so that we do something, instead of nothing.

6. The virtue of magnanimity. Magnanimity is kindness on steroids. It’s not just going the second mile but the third mile. It’s not just giving money to a homeless person or giving time to someone who needs to be heard but about doing something generous in a much larger and more orchestrated way. An individual can be magnanimous but I think of this as more of a collective virtue. A magnanimous community of people collaborate, despite disagreements and competing visions, to pull off something significant, shifting policy and cultural norms to potentially liberating effect. The #metoo movement feels a bit like such a shift, though I’m not sure where Christians fit in this. Are we helping spark this awakening or dragging our feet? Or actively undermining it? Are we prepared to drain the swamp in 2018, looking at our denominations, our congregations, and our own hearts to root out misogyny, abuse, and unabashed milking of gender privilege? Seriously, let’s do it. Humility may call us to take baby steps, not get too ahead of ourselves. Magnanimity may suggest too much is at stake for mere baby steps.

7. The virtue of discernment. Let’s use our brains, collectively. Let’s go beyond quick judgments and acknowledge the fears and anxieties behind the things people are saying and doing. Let’s be creative in finding ways forward through problems rather than assuming it’s only either “this” or “that.” Let’s recognize when the important rules and guidelines we create to help order our lives and society point us toward what is good and loving but also when, in some cases, they get in the way. Let’s not believe everything we hear, but let’s trust people, especially when their safety is at stake. Let’s listen for what is changing, growing, emerging, expecting God to be “making all things new” (Rev 21:5) rather than maintaining all things old. Young people, let’s not idolize novelty but listen to the wisdom of those who’ve seen it all. Those who’ve seen it all, let’s not idolize the past but know when to it’s time to get out of the way.

8. The virtue of competence. I borrow this term from care ethicist Joan Tronto to emphasize that quality and efficacy matter in love. Competence, as a virtue, means we do things thoroughly, accurately, and effectively (for our part) and, if we don’t know how to do this, we either learn how or find someone who can. Obviously, competence isn’t always a virtue, since you can be competent in things like cheating and spitting in people’s faces. But love can be thwarted by needless incompetence. So let’s do things well in 2018. Let’s be less sloppy and lazy. Let’s reduce the amount of times we shrug our shoulders or pass the buck to others (or even to God). Let’s better understand our bodies and the connection between stressful circumstances and physical ailments. Let’s root out and relinquish the bigoted and dehumanizing elements of our language so that we don’t perpetuate oppression with degrading vocabulary. Let’s learn how to recycle properly. Let’s learn how to read Scripture more critically and thoughtfully. Let’s learn how to help our spouse in the way they want to be helped, not only the way in which it’s convenient for us. Let’s learn how to fix things that break. Let’s become more educated about issues that politically divide us, whatever side of aisle you are on: the science (or conspiracy?!?) of climate change, the consequences of tax cuts, who is in our prisons and why they are there, how mental illness works and what actually helps those who struggle with it cope or improve, what Muslims value and for what they hope, and the reasons people consider or get an abortion. Let’s be more competent in 2018.

10. The virtue of hope. But a hope that looks not beyond this world but to what this world could be, if God’s dreams for it came true. A hope that fights the resignation of pessimism but goes beyond the potential naivete of optimism. A hope that does not turn prayer into wishful incantation or an evasion of responsibility but makes prayer a mobilizing and sustaining force. A hope that is at once imaginative and practical, offering the world a vision of what could be but also a path to this possible future with realistic steps that can overcome obstacles like stubbornness, selfishness, greed, and fear (and the people who embody these qualities). No easy task, of course.

What virtues would you add to this list? What virtues should American Christians resolve to cultivate in 2018? How does the answer to this question depend on factors like gender, race, or wealth (among other qualifiers), since we are not all carbon copies of one another?

Sure, Christians, go ahead and resolve to eat less and move more (self-care is, after all, a virtue). And sure, resolve to “be better.” But let’s pour our energies into “being better” in specific ways in 2018 that help us as we respond to God’s call to love what God loves.

Because a lot is at stake.