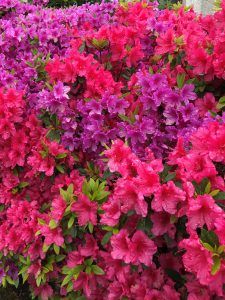 Should Christians expect our leaders to be virtuous? Absolutely. Whether you lead our country or lead our churches, the burden of virtue ought to be placed upon you. Three reasons for this come to mind.

1. Virtues are more sustainable than promises to constituents, advocacy for causes, or stances on issues.

For one, leadership is so alluring to some that the means—even pandering promises or elaborate deception—justify the ends. Our leaders often tell us what we want to hear to secure their role, maybe even convincing themselves of what they are saying.

Secondly, issues are complex. A person with a stance on a particular issue or problem possesses something possibly temporary and even shallow. Opinions are nice, intuitions are helpful. But both are fleeting, susceptible to change with more time and experience and information.

I do not want to be overly relieved or excited when the people leading me, in any capacity, simply stand for what I deem “the right” things. It’s difficult to know when such stances are simply fashionable or convenient but not actually backed by the will to act (and to act in the right way).

I want virtuous leaders. Leaders who have the courage to do what is right, regardless of the threat to their status, privilege, and power.

I want leaders who are just with a justice that seeks to “render to each his or her due,” as it has been classically defined—knowing that what people are “due” are things like respect, attention, care, the power of self-shaping or self-fashioning, and safety.

I want leaders who are discerning, who are not bound by binary thinking or abrasive expediency but who are able to find creative, outside-the-box solutions, recognize personal biases, and see the heart of the matter.

Your stances and promises are “neat.” But they come and go, guided by whim, populist fervor, a riveting book you just read, what your peers think, and, likely, incomplete information. Show me your virtue. This is what lasts.

2. Leaders have power, which is both hopeful and scary.

Superman is great not simply because of his power but because of the moral underpinnings giving substance to his power. The ability to fly and see through walls is supported by his virtues of compassionate justice, quick discernment, and courteous respect.

A leader can get lost in themselves, coming to believe their moral authority is themselves—“I can do what I want because of what I am.” This kind of thinking seeps into the church, too.

It manifests in pastors who overpower and do not truly listen to their congregation, who act as doctrinal police, or whose words we unthinkingly accept simply because they are our pastors (pastors may or may not be educated but they are certainly not infallible!).

In shows up in marriages in which a male assumes perpetual authority over a female, which is often a sham in terms of the actual gifts and abilities of each partner. For example, a woman might actually be more of a natural leader, but we then degrade her by eschewing the real, raw data right in front of us by telling her that she is a vitally important “supporter” of or “subordinate complement” to her husband, regardless of their respective abilities or personalities.

Political leaders can of course display this same hubris, insulating themselves from real people and their real experiences and trusting solely in their instincts or turning moral or national issues into abstract problems, divorced from the experiences of the real people. That’s assuming they have some kind of moral compass driving their thinking and decision-making at all (which might be too generous an assessment, in some cases).

The “right choice,” then, is made on paper, in a room with others for whom nothing profound is really at stake. “Philosophy 101” moral dilemmas are thought-provoking but ultimately only provisional and unreliable, because the real world is made of real people, not abstract and hypothetical problems. It becomes dangerous to conclude or decide anything without an awareness of the stories of the very real people for whom your decisions have ramifications.

Leaders can be talented, well-connected, and smart. But if they are unvirtuous, whether by knowingly harming others, suspecting they might be harming others and turning a blind eye, or re-framing their harmful actions as good so they can sleep at night? That scares me.

3. Virtue may be personal but it is also relational and social.

True virtue is not something that is simply “mine.” It might sound natural to critique someone as “only concerned with their own virtue.” As though a person could cultivate virtue and do so in a selfish way, at the expense of the world around them and their real problems. I guess that depends on which virtues you’re talking about and what you believe the goal of the virtues is—what unifies them together in a coherent, meaningful whole.

Christians ought to see love as their primary goal, and ought to call the world around them to a similar goal. Virtues, then, are those habits that lead to or facilitate love. If this is the case, our virtues don’t pull us away from others but makes us aware of their concerns, needs, sufferings, and hopes.

Jesus was an exemplar of virtue. But his virtue did not cause him to recoil at the sight of those who were cast aside, seen as impure, rejected by society. As though he had to “protect his virtue” by not letting such corrupting influences blemish his character.

No, Jesus’s virtue thrust him into the messy lives of these people. Compassion, mercy, discernment, wonder, and courage, among other virtues, informed the way he saw people and empowered him to act for their good.

Had Jesus not cared about those who suffered most greatly, he would not have been virtuous. To say it again: in a Christian understanding of virtue, you cannot be virtuous—that is, loving—and be indifferent to the needs of others.

Let me take that back. I suppose you can be virtuous and not care about people, because what constitutes an “essential” virtue is defined by the particular goals and needs of a community or organization or tradition. I would just say that if Christ is the centerpiece of your faith and you are “virtuous” and neither demonstrate care “for the least of these” nor expect the same from your leaders, you may be cultivating or valuing the wrong virtues. A lack of care is a moral failure.

Sadly, it is hard not to feel like we have witnessed a massive moral failure on a national scale this past week.

Why else do you think we ought to expect moral excellence from our leaders?

Don’t think that virtue doesn’t matter, please. And Christians, please don’t play the “only God is good card” that leads you to lament your depravity with a defeatist attitude. Sure, I recognize it might be hard for you to overcome some problematic tendencies—your impatience, your cowardice, your susceptibility to a particular self-destructive behavior, or whatever your vices may be.

But the solution is not to stop with “thanks God that you still love me.” That’s a good start but, I fear, risks leading to a tragic acceptance not only of our moral flaws but of a morally flawed world.

No, your flaws will not cause God to stop loving you. Nothing can shake the constancy of divine love. But your flaws hurt other people, people you claim to love.

Virtue matters. And for those with great power and responsibility and influence, it matters all the more.