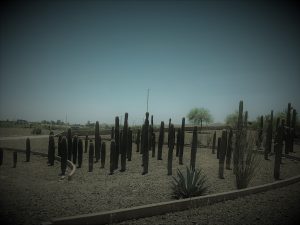 How do you know you’re a Christian?

Most obviously, you are probably a Christian if you say you are. Who am I to question your self-definition on something like this?

But many Christians do have some standards for what constitutes really being Christian. I have certainly been asked many “litmus test” questions over the years.

Now that I could see what was happening, I responded: “yep.” Mostly my “yep” was meant to diffuse the situation and keep the line moving, as there was not time to really engage him. I assume that he had some suspicions, despite what I thought was my thoroughly Jesus-centered sermon, about whether or not I really knew the Jesus I was talking about. As though there was a truer way of being Christian that he knew, that I possibly did not. Litmus test question.

Or, at a wedding I officiated in Arizona recently, an individual asked me, before the ceremony: “so you’re Quaker?” “Yes, I am,” I said. He had, understandably, little knowledge of Quakers. Presumably wanting to ease his mind, he asked me: “do you believe in the life, death, burial, and resurrection of Jesus?” I only hesitated in answering because the inclusion of “burial” in his sequence was so novel to me but eventually said, with a smile, something like: “yes, I do, I’m a very Jesus-y Quaker.” He was noticeably relieved. Litmus test question.

In the Berkeley example, being Christian seemed to be understood as having a personal relationship with Jesus and a reader-author relationship with evangelical writer Chuck Swindoll. In the Arizona example, being Christian was equated with the assent to a few essential doctrines. In both cases, I felt like I was being asked to do a kind of secret handshake.

One problem with locating our Christian-ness in the doctrines we “believe” is that it’s easy to agree on the words while having vastly different experiences of the words. Do we both believe Jesus is the Son of God? Maybe we do, but so what? “Son of God” is a profoundly meaningful yet non-literal, metaphorical term arising out of a particular pattern of usage in the pre-Jesus Jewish tradition. We have constructed elaborate theologies out of this term and expended countless and potentially meaningless hours on trying to explain with fancy words what precisely this term tells us about Jesus. And then fought and split. Over a metaphor. A true metaphor, of course, but a metaphor nonetheless.

There’s also the issue of the meaninglessness of “beliefs” in general, when we treat them like ideas we like and of which we approve. Palatable concepts. Team colors. Collector’s items. If you believe “Jesus is risen,” but cannot indicate how that makes any meaningful, experiential difference in my life, do you really believe it? Or, very differently, if you believe most of the world is going to hell because they do not identify as Christian, but are not devoting every waking hour to convincing people of the truth and goodness of your faith, do you really believe it?

Like him in his attentive and competent action, responding to others’ obvious and expressed needs and meeting those needs well.

Like him in his angry social critiques of morally bankrupt leadership and marginalizing systems and harmful ways of viewing the world.

Like him in his recognition of his own needs for solitude and other forms of recharging so as to be the best version of himself for others’ sakes.

Like him in his bravery, willing to face misunderstanding, accusation, villainizing, harm, rejection, even death out of faithfulness to his convictions and to love.

It’s not that I’m ashamed of my spirituality. Or Jesus. It’s that I’m ashamed of the speech, values, votes, and sense of proper activism of a large number of Christians and how they misrepresent what I believe to be the true nature of Jesus’s call. But I recognize this resistance goes both ways.

And yet not calling myself a Christian doesn’t work. If I believe, as most of us do, that I’m generally on the right track in terms of doing Christianity in the right way—if I thought I was significantly missing the mark I’d do something differently!—I ought to make my contribution to the “pot.”

Just because we do not like each others’ Christianities does not mean we can tell others who say they are Christian that they are, in fact, not Christian. Much as that would be easy—simply demonize, undermine, or write off people who are being Christian “in the wrong way.” That might set us at ease, naming and removing the threat to the true Christian way. But it’s probably not the right way. Especially because we’re all probably missing the mark a little.

So you call yourself a Christian? Neat. That tells me almost nothing about you, any more than telling me you prefer breathing air to water. In which case, I might discern you are not a fish, but that’s about it.

2 thoughts on “Why “Christian” Tells me Nothing About You”